Welcome to the final Wormwood Status Report of 2015, I hope you’ve had an excellent holiday season and I wish you all the best for 2016!

This month has seen Wormwood’s participation in its second Mod of the Year event, and thanks to the brilliant community we’ve again ended up in the Top 100 mods of 2015. This year once again saw excellent results for S.T.A.L.K.E.R. mods, so we send our congratulations to them on their achievements!

We made a few exciting announcements over the course of the competition, which I’ll quickly sum up!

On the 13th we announced that Wormwood will feature a full-length Original Soundtrack composed by the latest addition to our team, Zer0ktober. We also published an interview with the man himself about the OST, and released the first track – Sunset Frequencies – for public enjoyment, to great feedback. Check it out!

On the 19th we announced that the mod will also extend the story of Call of Pripyat, in an entirely new gameplay and story experience set prior to the Major’s arrival in Zaton at the beginning of the game, that perfectly ties into the rest of the story. 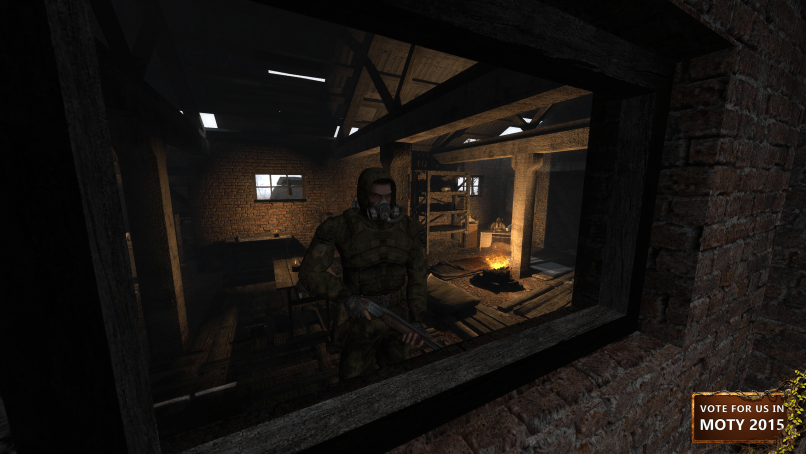 Featuring a full complement of A-Life NPCs that will change as the game progresses, numerous brand new stashes, artifact fields, missions (both to complete before you move deeper into the Zone and to come back for later) and stories, the Great Swamps are a great place to become acquainted with the Wormwood Zone before heading toward the more dangerous areas nearer the CNPP.

The coming year will see a strong and motivated team continue development of the mod, and should sooner rather than later see the completion of many of our new, deeply-integrated game systems within the mod. Hopefully before long we’ll be able to put out some good demonstration and gameplay videos of these systems in action.

Relatedly, we are in the process of getting a new coder/scripter involved with the project with the aim of completing our partially implemented script systems. More on this hopefully next month!

Other than that, keep watching Wormwood in 2016, and thanks again for your support. See you at the end of January!